Speaking up, and being censored

Last week, a column that I submitted was rejected by a publication for which I've written for nearly a decade. This was the first time one of my submissions was rejected even though my columns have occasionally delved into political territory in the past.

So, I'm now posting my rejected column, here, in its entirety.

If Not Now, When?

As I sat down to write my column today, I found myself incapable of writing about anything other than the state of our world post-election. The elevation of Donald Trump to the highest office in the land marks a radical shift in our politics and in our lives. Hate has been normalized and the most vulnerable and helpless members of our society are at risk.

As lawyers, we are uniquely qualified to come to their aid and make a difference in the coming months and years. Already the practicality of establishing registries for Muslim immigrants - something that seemed a farfetched idea just weeks ago - is being actively discussed by members of the President-elect’s incoming cabinet and the inexcusable and shameful Japanese internments from World War II have been offered as precedent for said registries. Mass deportations are also on the table, with no care given to how those deported will be received in the countries from which they have fled. Hate crimes are being committed in the name of our President-elect across the country at an alarming rate.

Freedom is at risk. Liberty is at risk. Lives are at risk. Not just the lives and liberties of those being targeted by the incoming administration, but the lives and liberties of all Americans. We are at a pivotal moment in our history and we have a choice: we can either sit idly by and allow the unthinkable to occur or we can take action. As attorneys, we have an obligation to use our skills and our voices to fight for what’s right and just. We must make a difference.

But where do we start? We organize, donate money, provide pro bono representation, and offer vocal support to those who are vulnerable. We can make a difference on many levels, both professionally and personally.

Shortly after the election, I stepped back and gave careful thought to the steps I could immediately take to foster change. And then, I acted. If you, too, are interested in taking action, here are some ideas.

Because free, unencumbered press is fundamental to a democratic society, one way to forward these rights is to support news organizations that provide quality, in-depth reporting, such as the New York Times and the Washington Post. Another option is to donate to ProPublica, an independent, non-profit newsroom that produces investigative journalism in the public interest.

The right to assemble and peacefully protest is likewise another important First Amendment right, so consider attending the upcoming protest in Washington, D.C., the Women's March, on January 21st or other more local protests.

Finally, I invite you to join a local group that I've organized of nearly 40 like-minded locals, including many lawyers, who would like to start taking steps to help those who will be most affected by the predicted policies of this new administration. Our first meeting was held over the weekend and we are starting our work to have a positive impact and effect change in our local community. Message me on social media (@nikiblack on Twitter or via LinkedIn) and I’ll send you more information.

So please, join us. This is a pivotal time in our history, and we cannot be complacent. If you, like me, are concerned about the future of our country and the impact of the policies that will likely be implemented by this incoming administration, now is the time to step up to the plate and take action. If not now, when?

Nicole Black is a Rochester, New York attorney and the Legal Technology Evangelist at MyCase, intuitive web-based law practice management software for the modern law firm. She is also the author of the ABA book Cloud Computing for Lawyers, co-authors the ABA book Social Media for Lawyers: the Next Frontier, and co-authors Criminal Law in New York, a West-Thomson treatise. She is the founder of lawtechTalk.com and speaks regularly at conferences regarding the intersection of law and technology. She publishes four legal blogs and can be reached at niki@mycase.com.

Posted at 04:01 PM in Constitutional Issues, Other, Politics | Permalink

Next week on May 9th I'll be in NYC with MyCase and the ABA. I hope you can join me to celebrate Law Day--with a focus on the importance of the Miranda decision and preserving our constitutional rights--at an event hosted by MyCase at NASDAQ in Times Square!

Posted at 02:11 PM in Constitutional Issues, Other | Permalink

Please Vote For Me!

I've submitted a talk to Avvo's IgniteLaw event occurring in Las Vegas on September 3d and would really appreciate your support. You can vote for my talk along with 5 others here.

In my talk, I'll discuss how Donald Trump may be very well be the Yogi Berra of our time and explain why some of his more outlandish statements may actually offer nuggets of wisdom on running a law practice.

You can cast your vote here. As always, thanks so much for your support!

I'll be in Boston on April 24th and if you're a fellow legal professional*, I hope you can join me for free drinks compliments of MyCase at the Park Plaza Hotel Lobby Lounge Bar from 5-7 pm.

I've already gotten a few Boston lawyer friends to agree to come, including Bob Ambrogi, Alan Klevan, and Patricia Joyce. Hope you can make it, too!

You can RSVP here. See you there!

*Please note this event is restricted to legal professionals.

I'm Speaking in Albany and Syracuse About Social Media Evidence

The Albany CLE will be held on March 12th from noon - 2 pm at the NYSBA Great Hall. Lunch is included. Here is additional information about the program:

You can register for the Albany CLE here.

The Syracuse CLE will be held on March 26th from 4 - 5:30 pm at the CNY Philanthropy Center 2nd Floor Ballroom. A cocktail reception will follow. Here is additional information about this CLE:

You can register for this CLE here.

Hope to see you at one of the seminars!

Join Me For Lunch In NYC Next Month

Will you be in New York City on February 4th? If so, join  me for a free lunch in midtown Manhattan. This is a great opportunity to network with your colleagues and discuss the ins and outs of running a successful law practice.

Here's what's planned. It's being held on Wednesday, February 4th from 12:30pm-1:30pm at Aretsky’s Patroon (map) and in addition to networking, you'll hear about:

Reserve your seat today as this event will fill up quickly! Hope to see you there! 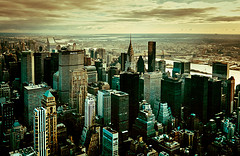 Every year I attend LegalTech New York and this year is no different! I'm really looking forward to it and if you'll be there as well--or if you just happen to be in or near New York City in early February--it'd be great to meet up.

On February 5th at noon I'll be at the MyCase Meet Up. It's a FREE lunch so I hope you can join me. Reserve your spot here, but hurry! Space is limited!

Later that same day, I'll be at Lisa Solomon's NYC LegalTech Solo/Small Firm Meetup. You can learn more about that event--and sign up for it--here.

I hope to see you at one of those events! And feel free to reach out to me at niki@mycase.com if you'd like to connect while I'm in town that week.

WIN a copy of the JURYSTAR iPad app!

Each month at the MyCase blog, we hold a giveaway. Last month two IPEVO iPad cases

were up for grabs. This month it’s two copies of the JURYSTAR iPad app from the good folks at Litigator Technology. This app was nominated by the National Law Journal as the 2012 Best Trial Prep iPad app. It was created by an attorney and is designed to offer lawyers a 21st century alternative to the traditional method of selecting jurors.

If you’d like a chance to win, head on over to the MyCase blog and sign up!

And, while you’re at it, check out my past posts there about law practice management and legal technology issues, including mobile computing and cloud computing for lawyers.

Posted at 01:33 PM in mobile computing, Other | Permalink

Posting and tweeting for MyCaseInc.com

Just a quick note to let my regular readers know that as part of my duties as Vice President of Business Development and Community Relations for MyCase--a powerful and intuitive cloud-based law practice management system--I'll be blogging and tweeting on behalf of MyCase about law practice management and cloud computing issues.

Of course, I'll continue to post here at Sui Generis and you can find me on Twitter as well (@nikiblack).

Finally, if you're in the market for new law practice management software or just want to give MyCase a trial run, drop me a line (niki at mycaseinc dot com) or simply sign up for a free 30-day trial account (no credit card required!) here.

My Next Chapter: VP at MyCaseInc.com

I couldn't be happier to announce that I've joined MyCase as Vice President of Business Development and Community Relations.

MyCase is a San Diego-based company that developed the most intuitive and collaborative law practice management software available. You can learn more about this innovative cloud-based platform here.

I'm thrilled to be a part this forward-thinking company and am truly looking forward to working with the MyCase team to spread the word about its game-changing software. MyCase provides law practice management software the way it should be--and the best is yet to come!

Nicole Black is the Vice President of Business Development and Community Relations at MyCase, a cloud-based law practice management platform. She is a Rochester, NY-based attorney and a GigaOM Pro Analyst. She is the author of the ABA book Cloud Computing for Lawyers, co-authors the ABA book Social Media for Lawyers: the Next Frontier, and co-authors Criminal Law in New York, a West-Thomson treatise. She is the founder of lawtechTalk.com and speaks regularly at conferences regarding the intersection of law and technology. She publishes four legal blogs and can be reached at nblack@nicoleblackesq.com.