1. Does New York common law permit the owner of a famous mark or trade dress to assert property rights therein by virtue of the owner’s prior use of the mark or dress in a foreign country?

Posted at 08:43 AM in Federal Decisions, NY Court of Appeals | Permalink | Comments (0)

Second Circuit Certifies Question to the NY Court of Appeals 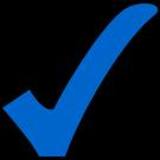 Is an open space restriction imposed by a subdivision plat under New York Town Law § 276 enforceable against a subsequent purchaser, and under what circumstances? 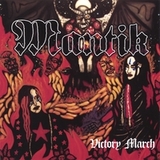 The article describes a lawsuit pending in the Southern District of New York brought by a Brazilian nanny, in which she seeks over $47,000 from her former employer based on allegations that her former employer, Scarlet LeMay, violated the Fair Labor Standards Act and the New York Labor Law.

My favorite part of the article is the description of the defendant, Ms. LeMay:

After a little sleuthing I was able to locate a Mantik CD, which can be sampled and purchased here, should you be so inclined.  And, if you're feeling particularly adventurous, feel free to visit Ms. LeMay's MySpace page.

Personally, my favorite Mantik song is "Pleasure of the Whip."  What's yours?

Interestingly, in National Abortion Federation v. Gonzales,04-5201-cv, a case that challenges the constitutionality of the now upheld "partial-birth" abortion federal statute, the Second Circuit has issued

an Order allowing the parties to submit briefs regarding the effect of the Supreme Court's recent decision in Gonzales v. Carhart upon their claims.  The order can be accessed here.

Accordingly, I dissent from the order directing further briefing and believe the prudent, indeed the only path available to this Court is to issue an order that (1) vacates the majority opinion, partial judgment, and order to brief the issue of remedy; (2) vacates as moot the stay of briefing on the issue of remedy; and (3) remands the case to the District Court with instructions to enter judgment for the government pursuantto Carhart. I believe that Carhart requires this result.

I tend to agree with Judge Straub regarding the procedural effect of Carhart and am somewhat puzzled by this Order.  Anyone care to enlighten me as to why the Second Court issued this Order and/or predict the outcome of this case?

Does a Claim of Conversion Apply to Electronic Data?

As I'd mentioned last August, the Second Circuit certified the following question to the New York Court of Appeals:

Is a claim of conversion cognizable for electronic data?

Last Thursday, in Thyroff v Nationwide Mut. Ins. Co., 2007 NY Slip Op 02442, the New York Court of Appeals held that under the facts of this particular case, a conversion claim may be maintained.

After examining the historical background for the tort of conversion, the Court concluded that:

(I)t generally is not the physical nature of a document that determines its worth, it is the information memorialized in the document that has intrinsic value. A manuscript of a novel has the same value whether it is saved in a computer's memory or printed on paper. So too, the information that Thyroff allegedly stored on his leased computers in the form of electronic records of customer contacts and related data has value to him regardless of whether the format in which the information was stored was tangible or intangible. In the absence of a significant difference in the value of the information, the protections of the law should apply equally to both forms — physical and virtual.

In light of these considerations, we believe that the tort of conversion must keep pace with the contemporary realities of widespread computer use. We therefore answer the certified question in the affirmative and hold that the type of data that Nationwide allegedly took possession of — electronic records that were stored on a computer and were indistinguishable from printed documents — are subject to a claim of conversion in New York. Because this is the only type of intangible property at issue in this case, we do not consider whether any of the myriad other forms of virtual information should be protected by the tort.

Whew.  That's a relief, isn't it?  I sometimes worry that technology is changing some areas of our lives at such a rapid pace that other social constructs, such as the dinosaur that we call the "law", can't, or simply won't, keep up.  It's nice to see the Court of Appeals bending ever so slightly to accommodate the newfound and ever-increasing "virtual" aspects of our lives.

As reported here, in Torres v. New York State Board of Elections, the US Court of Appeals for the Second Circuit upheld a lower court ruling declaring that the selection process for New York Supreme Court judges is unconstitutional.  Specifically, the Court concluded that that New York's system of nominating its elected state trial court judges in political conventions pursuant to NY Election Law s. 6-106 rather than through primaries for trial level judges resulted in limiting the nominees to those friendly with those in power:

So, as a result of this decision, following the upcoming elections, Supreme Court judicial candidates will be selected through primaries.  That is, of course, unless new legislation is enacted that conforms with this decision.

Bill Altreuter of Outside Counsel suggests that perhaps Supreme Court judges should be appointed and points to the Second Circuit and the New York Court of Appeals as examples of excellent judicial panels established by appointment.  He does concede, however, that a possible and fatal flaw in this plan is the "utter corruption and lack of transparency in the New York State Legislature" and suggests that neither the current system nor the appointment system is the best solution to this problem.

I'm not convinced that corruption can be avoided, no matter what mechanism is used to determine who will become a Supreme Court judge.   With power comes corruption.  It's simply human nature.  The trick is figuring out how to reduce the corruption to an acceptable level.  If there is such a thing.

There's an interesting website called the Robing Room, self-described as the place "where judges are judged."  This site allow lawyers and litigants (or, as Evan Schaeffer points out, those pretending to be lawyers or litigants) to anonymously rate and comment on federal judges.

It's an interesting concept, but only time will tell if it actually proves to be useful or is simply abused by those unhappy with the judicial process.

Another Certification to the NY Court of Appeals

Yesterday, in Thyroff v. Nationwide Mutual Insurance Company, the following rather interesting question was  certified by the Second Circuit to the New York Court of Appeals:

Is a claim of conversion cognizable for electronic data?

Posted at 09:40 AM in Federal Decisions, NY Court of Appeals | Permalink | Comments (0)

Attorney Sandy Hausler of the Second Opinions blog kindly brought to my attention a post at his blog which sets forth two cases of interest wherein the Second Circuit certified questions to the New York Court of Appeals.

Whether a generalized economic interest in soliciting business for profit constitutes a defense to a claim of tortious interference with an existing contract for an alleged tortfeasor with no previous economic relationship with the breaching party?

Based on this record, do the eight promissary notes issued by McNaughton Apparel Group, Inc., to the Schneiders fall within the definition of a "security" as contemplated by Section 8-102(15) of the New York Uniform Commercial Code?

Definitely two decisions to keep an eye out for.

One of my first posts on this blog was regarding a New York federal district court decision that allowed the random searches of the belongings of subway patrons based on the special needs doctrine.  As I'd explained in my earlier post:

The judge based his decision on the "special needs" doctrine, which was originally intended to support searches in situations that were beyond the need for normal law enforcement.  Historically, if the special needs doctrine applied, searches could be conducted based upon less than probable cause, but only in certain carefully chosen regulatory (as opposed to law enforcement) contexts, as long as the purpose of the search did not include apprehension of one guilty of criminal conduct.  The situations in which the doctrine has been held to apply have been expanded by the courts in recent years.

I'm extremely disappointed to report that that decision has been upheld by the Second Circuit, in a decision which can be found here.  In upholding the lower court's decision, the Court stated:

(T)he special needs doctrine may apply where, as here, the subject of a search possesses a full privacy expectation. Further, we hold that preventing a terrorist attack on the subway is a "special" need within the meaning of the doctrine. Finally, we hold that the search program is reasonable because it serves a paramount government interest and, under the circumstances, is narrowly tailored and sufficiently effective.

I think we're headed down a slippery slope here--all in the name of "terrorism".  Talk about judicial activism!  The definition of "special need" is being rapidly expanded by the courts, and soon, virtually any governmental intrusion that's alleged to be necessary to combat "terrorism" will be constitutionally permissible, regardless of how ineffective or invasive that it is.

This certainly doesn't feel like the America that I know and love.