Must Lawyers Use AI in 2019? According to One Judge, the Answer is “Yes”

Must Lawyers Use AI in 2019? According to One Judge, the Answer is “Yes”

Many of the lawyers I encounter are intimidated by technology. Rapid technological advancements have left them bewildered, and thus unwilling to even attempt to catch up. For those lawyers, turning a blind eye to technology and practicing law as if it were still 1995 seems like a viable option. After all, it’s worked so far, so who can blame them?

Of course, despite their chosen course of action - intentional ignorance - the steady beat of technology marches on. First it was the internet and email, then came social media and cloud computing, and now even newer technology trends are emerging, the most notable of which is artificial intelligence. And, like it or not, each of these is impacting the practice of law and the legal industry as a whole on a daily basis.

That’s why 35 states have now adopted the ethical requirement of technology competence, including New York. And, 2 states - Florida and North Carolina - now require that lawyers obtain legal technology credits as part of their CLE requirements. No doubt more jurisdictions will follow in their wake, since the effects of technology on the practice of law are inescapable and unavoidable.

If you remain unconvinced, then consider the judge’s opinion in Cass v. 1410088 Ontario Inc., 2018 ONSC 6959. At issue in this Ontario Superior Court personal injury case that was handed down in November was, in part, whether the fees billed by the defendant’s counsel were excessive.

One of the fees in dispute was a $900 fee for “legal research.” The judge did not look very kindly upon this fee, explaining that “$900.00 for legal research is problematic.”

The judge did not mince words when he opined on this issue, concluding that legal research is a basic skill and the topic allegedly researched was one with which the attorney for the defendant should have already had familiarity:

“One assumes that counsel graduated with the basic legal knowledge we all possess.  This matter was unlikely his first blush with the world of ‘occupier’s liability’, and specifically the liability of landlords.  Counsel no doubt was familiar with the focus on the degree or control and access exercised by the landlord on the subject area.  So given all the base experience and knowledge, the need for ‘research’ by some anonymous identity is questionable.”

Next, the judge turned to the length of time that was purportedly required to conduct the research at issue, and importantly, this is where technology competence comes in. The judge notably asserted that had the attorney used an unnamed artificial intelligence research tool, far less time would have been needed to research the issue at hand (emphasis added):
"All in all, whatever this ‘research’ was would be well within the preparation for the motion.  There was no need for outsider or third party research.  If artificial intelligence sources were employed, no doubt counsel’s preparation time would have been significantly reduced.”

Although the judge failed to note which AI legal research tool he had in mind, one example of an AI-powered legal research product that might fit the bill is Casetext’s CARA which is an AI-enabled brief analyzer. CARA allows you to upload a brief or memorandum into CARA A.I., and it will then analyze the content of the document and provide you with relevant authorities.

Mark my words: When judges start reducing fees due to counsel’s failure to use AI-powered legal research, it’s yet another sign that the tide is turning. Technology is here, it’s impacting the practice of law, and, in the words of the all-knowing Borg (a race of aliens from Star Trek for those of you who aren’t Trekkies), resistance is futile.

How Lawyers Are Using Social Media in 2019

How Lawyers Are Using Social Media in 2019

How times have changed. I first became convinced that a dramatic shift was occurring in 2011 when a reporter for the Democrat and Chronicle, Gary Craig, wrote an article entitled “Threat Alleged Via Facebook ‘Poke.’” As explained in the article, a federal judge was unable to proceed with an arraignment of a defendant who was accused of threatening a witness via a Facebook “poke.” The judge had no idea what a “poke” was, and neither did the attorneys before him, so he sought out - and obtained - the information he needed from a spectator seated in courtroom.

For me, that was a turning point. Because that’s when I knew that social media was actually impacting cases, and that lawyers were finally going to begin to take notice and want to learn about - and use -social media.

Fast forward to 2019, and these days, according to the latest Legal Technology Survey Report issued by the American Bar Association, the majority of lawyers and law firms are using social media for professional reasons in one form or another, whether it’s for business development and networking or for litigation purposes.

According to the Report, 76% of lawyers surveyed reported that their firms maintained a presence on at least once social network. And 79% of lawyers reported that they personally used social media for professional reasons. The reasons for their online interactions varied, with 70% citing career development and networking as their motivating reasons. 54% hoped to obtain clients as a result of their participation online. 48% used social media as a tool to increase their education awareness. And finally, 30% used social media to investigate their cases.

For those lawyers seeking to drum up business as a result of their online interactions, some were successful, with 35% reporting that they’d had a client retain their services directly or via a referral because of their social media use for professional purposes. 46% indicated that their online interaction never resulted in a new client, and 19% weren’t sure.

Then there are blogs, which have been around longer than social media, but have decreased in popularity with lawyers over the last few years. According to the Report, 24% of law firms maintain a blog. And, 8% of lawyers reported that they personally maintained a blog focused on a legal topic, down from 15% last year. Finally, 36% reported that a client has retained their services because of their blogging efforts, down from 43% last year. So legal blogging is clearly on the decline, but nevertheless is still a very viable business development tool. 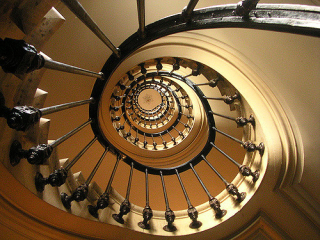 I often write articles and blog posts for other outlets and am going to post a round up here from time to time (but won't include my weekly Daily Record articles in the round up since I re-publish them to this blog in full). Here are my posts and articles from November 2018:

Office water coolers used to be gathering places where people discussed current events and caught up on office gossip. But, like many other time-honored traditions, even water cooler conversations have been affected by technology.

Certainly these in-office discussions still occur, but much of the day-to-day discourse about current events has shifted to the online realm. Whether it’s on Facebook, in online forums, or in the comments that follow news articles, there are plenty of opportunities to comment on and share opinions about recent events. Notably, many of these comments can be made anonymously, and as a result, some people are less restrained about their opinions than they would be if their personal identities were publicly attached to them.

Of course, the perceived anonymity is often an illusion, since there are many different ways to go about determining who posted a particular comment, should the need arise to do so. That’s a lesson that was learned the hard way by Salvadore R. Perricone, an assistant U.S. attorney for the Eastern District of Louisiana.

Last month, the Supreme Court of Louisiana handed down an opinion, In re: Salvadore R. Perricone, No. 2018-B-1233, wherein the court considered whether Perricone violated his ethical obligations as a result of anonymous comments that he posted online between 2007-2014. Some of the comments related to trials for which he was the prosecuting attorney and others related to trials that his colleagues were prosecuting.

A statement that the defense attorney had “screwed his client!!!!,”and was just “as arrogant as [the allegedly bribed official] … and the jury knows it.”
During a federal civil rights trial involving the shooting of an unarmed man he wrote: “Perhaps we would be safer if the NOPD would leave next hurricane and let the National Guard assume all law enforcement duties.  GUILTY AS CHARGED.”
Regarding an indictment alleging conspiracy: “I read the indictment…there is no legitimate reason for this type of behavior in such a short period of time and for a limited purpose. GUILTY!!!”

When his comments were discovered and reported to a judge, an investigation was conducted and disciplinary charges were filed. After reviewing the findings and recommendations of the hearing committee and disciplinary board, the Supreme Court of Louisiana concluded that the appropriate sanction for Perricone’s conduct was disbarment.

The Court explained that Perricone’s actions were not innocuous: “When discovered, respondent’s actions caused serious, actual harm in the River Birch and Danziger Bridge cases and, most profoundly, to the reputation of the USAO. There was a potential for harm in the Jefferson and Gill-Pratt cases.”

According to the Court, disbarment was necessary for a number of reasons, not the least of which was to send a message to other lawyers to tread carefully when posting online about pending matters: “Respondent’s conscious decision to vent his anger by posting caustic, extrajudicial comments about pending cases strikes at the heart of the neutral dispassionate control which is the foundation of our system. Our decision today must send a strong message to respondent and to all the members of the bar that a lawyer’s ethical obligations are not diminished by the mask of anonymity provided by the Internet.”

In other words, the lesson to be learned is one that I often repeat: the online is simply an extension of the offline world. You don’t leave your ethics at the door when you enter the online realm. Think before you post - anonymously or otherwise - and refrain from commenting about any matters that you are personally involved in or about which you have inside knowledge. Your ethical obligations require it, and your law license depends on it.