Round Up: iPhone X Review, Cybersecurity, Legalweek, and more 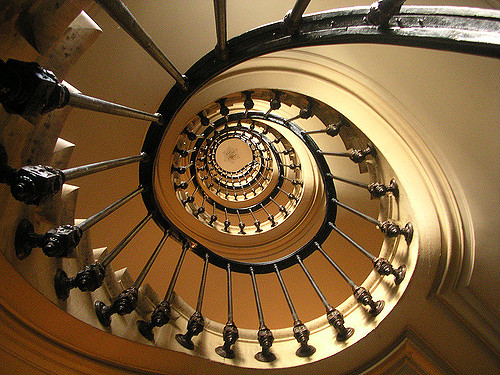 I often write articles and blog posts for other outlets and am going to post a round up here from time to time (but won't include my Daily Record articles in the round up since I re-publish them to this blog in full). Here's the first one - my posts and articles from January 2018:

If, like me, you’re a fan of the Netflix series, Black Mirror, then you’re well aware of the many ways that our digital footprints can potentially be used against us. In this series, the writers envision futuristic timelines where technologies currently available are taken to their extreme, resulting in disturbing, dystopian story lines, some of which have since come to fruition in one way or another.

The message of this series is clear: technology can greatly benefit our lives, but also creates the potential for unbridled violations of our privacy by governmental and corporate entities. It’s a delicate balance of interests that can easily go awry in the absence of careful, thoughtful regulation. And unfortunately, technology is moving so quickly that legislators simply can’t keep up.

One area where we’re seeing this delicate balance play out is in the courtroom. Data from mobile and wearable devices is increasingly being used in both civil and criminal cases.

For example, in mid-2015 I wrote about an emerging trend where data from wearable and mobile devices was being used in the courtroom (online: http://nydailyrecord.com/2015/08/14/legal-loop-wearable-tech-data-as-evidence-in-the-courtroom/). In that column I discussed two cases where Fitbit data was used: one where it was offered as evidence to support a personal injury claim and the other where it was used to disprove a complainant’s rape allegations.

Then, in early 2017, I wrote about another case where Fitbit data and other digital evidence was used to support the prosecution of a criminal matter (online: http://nydailyrecord.com/2017/04/28/legal-loop-fitbit-data-other-digital-evidence-used-by-prosecution-in-murder-case/.) In that case, a wealth of digital data was used by the prosecution to refute the defendant’s version of the events leading to his wife’s death, including cell phone records, computer data, text messages, information from Facebook, and his wife’s Fitbit data.

More recently, data from the iPhone Health App was used in court in Germany as part of a murder prosecution. In this case, the defendant was accused of murdering a medical student. The investigators were able to access his phone and obtain data from its Health App. Data collected by that app includes the number of steps taken, nutrition and sleep patterns, and a range of body measurements including heart rate. The app also provides geolocation data regarding the movement of the phone.

The data collected from the app corresponded to the prosecution’s theory of the case and its timeline of events leading up to and following the murder. The geolocation data provided evidence of the defendant’s movements throughout the evening in question, while the heart rate data indicated two different periods of “strenuous activity” which the app suggested involved the climbing of stairs.

A police investigator who was of similar size to the defendant recreated the events as it was believed they occurred and then compared the investigator’s Health App data to the defendant’s. The prosecution alleged that the similarities in the data indicated that the defendant was likely dragging the victim’s body down the stairs when his app indicated he was engaged in strenuous activity involving the climbing of stairs, thus supporting their theory of the case.

Once again digital data gleaned from a mobile device was used in court in an attempt to convict an accused rapist and murderer. The use of digital data for this purpose is something most people would likely agree with. However, there is a very real potential for abuse of the data our devices are collecting about us, as the Black Mirror series points out. Where we, as a society, choose to draw that line remains to be seen.

In the meantime, astute lawyers will educate themselves about the types of data available to them and will likewise be cognizant of the ways that data can be used in the courtroom to forward their client’s interests. In 2018, anything less would arguably be malpractice.

Nicole Black is a Rochester, New York attorney, author, journalist, and the Legal Technology Evangelist at MyCase, intuitive web-based law practice management software for solo and small law firms. She is also the author of the ABA book Cloud Computing for Lawyers, co-authors the ABA book Social Media for Lawyers: the Next Frontier, and co-authors Criminal Law in New York, a West-Thomson treatise. She is the founder of lawtechTalk.com and speaks regularly at conferences regarding the intersection of law and technology. She can be reached at niki@mycase.com.