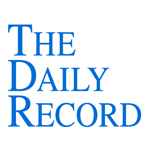 This is one technology trend that lawyers are embracing, with tablets regularly making an appearance in law offices and courthouses across the country, and iPads are clearly leading the way. In fact, according to the ABA’s 2011 legal technology survey, the iPad is used by 89 percent of those lawyers who use a tablet device for work-related tasks and 15 percent of respondents used a tablet to conduct work while outside of their primary workplace. For firms with more than 500 attorneys, that number increased to 26 percent.

With more and more lawyers buying iPads, the legal field’s collective interest in iPad apps has increased dramatically and developers have been responding to this increased demand by creating apps tailored specifically for lawyers, with new ones coming out all the time.

Unfortunately, the iTunes app store does not yet have a specific category for legal apps, so it can sometimes be a challenge to locate apps created just for lawyers. To save you some time, in today’s article, I’ll describe a number of the more popular legal apps available

First, there are the apps that I wrote about in April 2011, including: 1) 3 trial presentation apps: the RLTC Evidence ($4.99), Exhibit A ($9.99) and TrialPad ($89.99); 2) an app that assists with jury selection, Jury Tracker ($4.99); and 3) 2 other useful legal apps including Lawstack (free), which includes, among others, the U.S. Constitution, the Federal Rules of Civil and Criminal Procedure, the Federal Rules of Evidence and certain state codes, including New York; and Fastcase (free), a legal research app that includes cases and statutes from all 50 states and the federal government.
Since April, there have been a slew of new legal apps released, all of which are available in the iTunes app store.

First, New York lawyers can stay on top of their ethical obligations using the New York State Bar Association’s newly released “Mobile Ethics App for New York Lawyers” (free). CaseManager for iPad ($14.99), is another new app that operates as a mobile case manager for all of your law firm’s matters.
ExhibitView ($29.99) is another new addition to the legal app family, and operates as a presentation aid for use during trials or depositions.

Another app intended to make trial preparation simpler is the Transcript Pad app ($49.99), from the makers of TrialPad. This app allows you to import multiple deposition transcripts onto your iPad so that you can review and mark up transcripts right on your iPad. Then there’s iJuror ($9.99), a jury selection app that aids lawyers in managing the voir dire process.Rulebook (free), is another app to consider. This app allows you to the download federal and state court rules specific to your jurisdiction and then makes them readily available and searchable on your iPad.

Finally, there’s the Wolfram Alpha Lawyer’s Professional Assistant app ($4.99). This app is a reference tool that pulls information useful to lawyers from Wolfram Alpha’s massive database. Using this app you can access a vast amount of data including definitions of legal terms, state-specific statute of limitation information, and investigative information, such as weather and company information. You can even perform calendar and financial calculations or utilize the blood alcohol calculator.

As you can can see, legal-specific iPad apps abound and more are sure to follow. These apps make iPads all the more useful in the 21st Century law office, allowing you the flexibility to access information relevant to your practice no matter where you are.