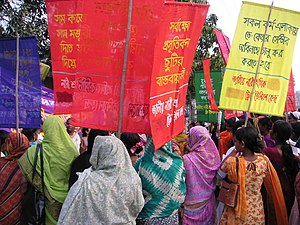 When I learned of the theme for this Blawg Review, I have to admit I was less than thrilled--mainly because I'm tired of thinking about women and the law. I've given this issue a lot of thought. Although I've been blogging about it for years now, my posts have been very infrequent over the last year. Why?  Because it's downright depressing, that's why.

Things really haven't changed since I graduated from law school in 1995. Even though women have represented approximately 50% of law school graduation classes for over 20 years now, women are still underrepresented in law firm leadership positions, but it's certainly not the the law firms' fault. Of course not. It never is.

Regardless of fault, things haven't changed and are unlikely to change anytime soon. So forgive me for shifting my focus from something that is changing at a snail's pace  to something that has changed exponentially since I graduated from law school: technology.

Internet-based technologies have affected our lives in ways that most of us never envisioned in 1995. The way that Internet is changing the world is exciting and endlessly fascinating. That's why I co-authored the book "Social Media for Lawyers: The New Frontier" with Carolyn Elefant, which will be published by the American Bar Association this month. That same fascination is also why am in the process of writing a book about cloud computing for lawyers that will be published by the ABA at the end of 2010.

A good number of my blog posts and articles focus on encouraging lawyers to accept technological change. It's not easy an easy task, however. Because, not surprisingly, the legal field, which is so fond of looking backwards and focusing on precedent, has been slow to embrace technology just as it resists any type of change, including the influx of women into our profession.

In that regard, the legal and technology fields have something in common: both have been and continue to be male-dominated. And, as explained in the following video, women in tech face challenges similar to those encountered by women lawyers:

Some contend that the male-dominated legal workplace has spilled over into the blogosphere and much has been made of the theory that that blawgs are likewise dominated by men. I wholeheartedly disagree. Women lawyers blog; they even blog about tech, as you'll soon see.

So let me show you around the blawgosphere and give you a taste of what's out there. In this edition of Blawg Review, you'll learn about 1) women and the law 2) what women blawgers have to say about law and technology, and 3) I'll throw in the kitchen sink, just to round things out.

Women and the law

Sure, it's Mad Men, and it's a parody-- but it's not inaccurate for the time and, in some circles, arguably still accurate today.

Is there gender bias in in dispute resolution? Vickie Pynchon thinks so, setting forth her proof in a series of posts, here, here, here, here and here. Diane Levin agrees, asserting that there is an implicit bias resulting in the absence of women and minorities from the prestigious ADR panels.

Just as depressing, last week, it was widely reported that the recession has hit women in minorities in law firms the hardest--but fortunately, as discussed at the Wall Street Journal blog, in response, a number of large companies announced they would collectively spend $30 million to hire minority and women-owned law firms as outside counsel.

A number of blogs and news reports heralded the "victory" for women lawyers in Saudi Arabia--whereby women lawyers would be allowed speak in court regarding family law matters. Geek Lawyer's take on this is quite apt.

And, finally does "truth" have a gender? Rita Handrich explores this idea.

Women blawg about law and technology

Women blawg about technology, it's true. Here's my offer of proof.

Martha Sperry, one of my favorite legal tech bloggers, offers advice on free online tools, why Facebook is important to bloggers, and a free iPhone app that allows you to edit Word docs.

Lisa Solomon keeps you up to date on legal research and the Westlaw Next pricing scheme, while Carolyn Elefant discusses the ramifications of the LegalZoom lawsuit.

Rebecca Tushnet blogs about an upcoming IP/Gender conference: Mapping the Connections-Gender and Invention. Geri Dreiling offers tips on how to make your web-based legal content better and Shireen Smith explains why you should be aware of and monitor your online reputation.

Finally, Monica Bay inquires whether suits and ties or similar attire should be required for photos at Law Technology News.

The kitchen sink and more 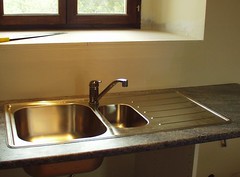 And finally, a slice of everything else going on in the blawgosphere.

Does political reform require neutrality? Lee Jay Berman thinks so. Should California pols be concerned with something other than cursing? Madeleine Begun Kane thinks so.

Radiation level controls for diagnostic radiology are likewise being considered by our pols in Congress.

Should a pregnant man receive legal aid? Yes you read that right, and Jen Burke tells you why he should.

Finally, in recognition of Women's History Month, Vickie Pynchon calls on all bloggers to do something to help celebrate it.

That's all folks. Thanks for listening.

Blawg Review has information about next week's host, and
instructions how to get your blawg posts reviewed in upcoming issues.

Thanks so much for featuring my posts on gender bias in ADR and for, frankly, being depressed about the long slow slog of women lawyers toward full representation at the top of the heap. Even my husband (new'ish, he'll get it) says "women leave BigLaw because they don't want to work that hard." Yes, that's right honey. Take the most ambitious, academically successful, hardest working, most aggressive women on the planet and blame women's lack of motivation for the dreadful wage and prestige gap between men and women attorneys in commercial law. Reminds me of the Saturday Night Live skit with Tina Fay and Amy Pollard as Sarah Palin and Hillary Clinton, with Pollard saying "that's right, I didn't want it badly enough."

But I came to cheer you UP, not to further depress you. My husband (his feminist education continues) graduated Yale Law in '70 when 10% of his class was female (the Clintons were in the class after his). He'll retire soon, as will many baby boom men who didn't "get it" and never will. I'm pinning my hopes on the next generation after yours - a generation raised by working women, mentored by women in business and women professionals, and, a generation in which the male half not only expects women to work, but expect themselves to share child-rearing and household duties.

Take good cheer in Barbra Streisand handing the Oscar for best direction to Katherine Bigelow last night (for a war film!) with the words "well, it's finally happened."

And thanks for hosting Blawg Review!

Thanks so much for this post – and for the mention.

And yes, I agree that when it comes to law firm leadership as well as technology, women are overlooked and underrepresented.