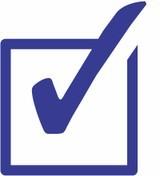 The Daily Record published an interesting article yesterday that quoted a number of Rochester lawyers, including yours truly, who are using online networking to their advantage.  The article, "@Lawyers Networking Online" can be viewed in its entirety here.

Here's the start of the article:

Kids do it. Jurors do it. Even members of the bar do it. Online social networking is more than a time-killer, say some Rochester attorneys, who also use it increasingly as a marketing tool.

Some larger law firms are resisting the trend, however. According to an informal survey reported in the March 2009 edition of Law Practice Magazine, 45 percent of law firms are now blocking access to some social Web sites. The survey, conducted
in January 2009 by Doug Cornelius on Zoomerang.com, received 231 responses.

But those who use the sites argue the benefits of networking online far outweigh the risks. Rochester attorney Nicole Black, of counsel to Fiandach & Fiandach and an expert on Web 2.0 technology, said firms that block networking sites simply don’t understand the power of social media.

“It’s just a way to expand your influence and showcase your expertise,” said Black, who personally maintains four separate blogs in addition to Web sites and pages on sites including Twitter, Facebook and LinkedIn. “I think that the solo practitioners and the small firms are the ones that are going to be the first to use these [online sites] effectively.”