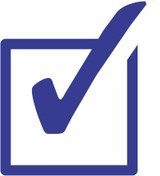 The Second Circuit recently certified a number of questions to the New York Court of Appeals.

First, in Amalfitano v. Rosenberg, Docket No. 06-2364-cv, the following questions were certified:

(1) Can a successful lawsuit for treble damages brought under N.Y. Jud. Law § 487 be based on an attempted but unsuccessful deceit upon a court by the defendant?
(2) In the course of such a lawsuit, may the costs of defending litigation instituted by a complaint containing a material misrepresentation of fact be treated as the proximate result of the misrepresentation if the court upon which the deceit was attempted at no time acted on the belief that the misrepresentation was true?

Does New York General Obligations Law § 15-301(1) abrogate, in the case of a contract where the second of two irreconcilable provisions requires that any modifications to the agreement be made in writing, the common law rule that where two contractual provisions are irreconcilable, the one appearing first in the contract is to be given effect rather than the one appearing subsequent?