Here is yet another installment of Legal Bits & Bytes.

At the outset, I apologize for the backdrop.  It was an experiment--one that I will likely not duplicate.

Also, I've now got a cold, right on the tail of the flu, so I'm not at 100%.  Bear with me as I clear my throat, fidget, and otherwise distract you from the topic at hand.

But, as I've said in the past--the only way I can do this on a regular basis is if I try to complete each video in one take.  Otherwise, it becomes far too time consuming.

So, with those caveats, enjoy the video.  Links to the content discussed can be found below the video:

Last Thursday's term was uberrimae fidei, a common term in admiralty law, which is defined as:

Of the utmost good faith.

It's snowing, again.  But, then again, it's Upstate New York in February.  And, it's time for the round up of interesting New York legal news headlines from the past week.

Why not err on the side of caution?

This week's Legal Currents column, which is published in The Daily Record, is entitled " Why not err on the side of caution?"  The article is set forth in full below and a pdf of the article can be found here. My past Legal Currents articles can be accessed here.

Why not err on the side of caution?

At issue in Herring is whether the exclusionary rule should apply when a suspect’s arrest was based on erroneous information from another law enforcement officer.

The court considered a similar issue in Arizona v. Evans, 514 U.S. 1 (1995). In Evans, marijuana was discovered on the defendant during the execution of what the arresting officer mistakenly believed was a valid arrest warrant. The court concluded the marijuana was not subject to suppression even though the warrant, which had been quashed, remained in the computer system due to a court clerk’s clerical error: “If court employees were re-sponsible for the erroneous computer re-cord, the exclusion of evidence at trial would not sufficiently deter future errors so as to warrant such a severe sanction. … Because court clerks are not adjuncts to the law enforcement team engaged in the often competitive enterprise of ferreting out crime … they have no stake in the outcome of particular criminal prosecutions.”

In so holding, the court left open the possibility that the exclusionary rule might apply to evidence discovered due to an error caused by a law enforcement officer, as was the case in Herring, where a member of the Sheriff’s Department, rather than a court clerk, failed to modify the computer records to indicate the arrest warrant was recalled.

I suspect the current court will extend the Evans holding and conclude the exclusionary rule is inapplicable under these facts as well.

To do so would be a mistake.

As Justice Ruth Bader Ginsberg astutely noted in her dissentin Evans, society’s newfound reliance on computers and technological advancements presents unusual issues for law enforcement: “Widespread reliance on computers to store and convey information generates, along with manifold benefits, new possibilities of error, due to both computer malfunctions and operator mistakes. … [C]omputerization greatly amplifies an error’s effect, and correspondingly intensifies the need for prompt correction; for inaccurate data can infect not only one agency, but the many agencies that share access to the database.”

Justice Ginsberg’s insight from 1995 rings all the more true in our post-9/11 era as our government mines and collects vast amounts of data regarding its citizens, both from public and private sources.

The more data is collected, the more time and money will be required to manage the data. It is unlikely, however, that sufficient resources will be allotted for regulating, reviewing and updating the massive databases used by law enforcement agencies in the absence of strong incentives such as the deterrent effect of the exclusionary rule.

Should the court carve out a “computer error” exception to the exclusionary rule, the possibility of perpetual arrest warrants is not all that farfetched. Realistically, what incentive would there be to promptly remove recalled arrest warrants from government databases if any evidence obtained as a result of a mistakenly executed, recalled warrant could be used at trial?

To err is human. We all know that. But when one of our most fundamental constitutional rights is at stake— freedom from unlawful governmental intrusion — shouldn’t we err on the side of caution?

Continue reading "Why not err on the side of caution?" »

Maggie Brooks--Have You Been Reading My Column?

I suspect that she has--or at least someone at the County Law Department read my recent article: It all Depends on How You Define Marriage.

As reported in this Democrat and Chronicle article, the County intends to appeal the Martinez decision, in which the Fourth Department held that valid marriages of same-sex couples performed in other jurisdictions must be recognized in New York.

On Friday, Monroe County Executive Maggie Brooks announced that the county would appeal the appellate court ruling to protect taxpayers. "We certainly cannot ignore the definition of marriage that currently exists under New York state law," she said in a statement...A county statement issued Friday states: "According to the New York state law, marriage is an institution that exists strictly between a man and a woman..."

And, this from a Canada.com article:

And, finally, from my Daily Record article published on February 12, 2008:

From a philosophical standpoint, I agree wholeheartedly with the Fourth Department, just as I found the dissent’s argument in Hernandez to be far more palatable than the majority’s...Determination of the issues raised in Hernandez necessarily revolve around the definition of the term “marriage.” The concept is not defined in the Domestic Relations Law and, instead, has been refined through case law...As explained in Hernandez, “implicitly or explicitly, the Domestic Relations Law limits marriage to opposite-sex couples.” In New York, in other words, the term “marriage” is limited to a marriage contract entered into between a man and a woman. That another jurisdiction chooses to define marriage more broadly than New York may not require our state to expand its concept of marriage.

So, write about it, I did.  And, perhaps I offered ammunition to the County.  Or, perhaps my humble article wasn't even on its radar.  I'll never know.

But, I'm comfortable with my decision to write about the decision as I did.  And, isn't that what's important?

Alas, the weekend is over and it's time for the weekly round up of interesting posts from my fellow New York legal bloggers:

Continue reading "The New York Legal Blog Round Up" » 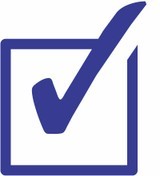 On p. 52 of the February 2008 NYSBA Journal appears the following, which I drafted on behalf of NYSBA Gender Equity Task Force Commission, of which I am a member.

While my fellow committee members assisted me in editing the final work product, the body of the commentary was drafted by me and was to be attributed to me, but for some reason, that didn't occur.

In any event, the commentary is relevant to my readers, and I'll be posting it here and at my Women Lawyers blog.

Now, without further ado, here it is:

Historically, legal employers have been steadfastly and notoriously reluctant to change the way business "has always been done" despite a growing outcry from associate attorneys struggling to balance their professional and personal lives. "It will affect our bottom line" is the oft-repeated refrain, offered to justify employers' resistance to altering the traditional workplace structure.

Requests for flexible work schedules, more varied networking opportunities, and alternate methods of determining compensation have generally been ignored, or granted in theory, but not enforced in practice. As the ranks of entry-level attorneys became increasingly more diverse, and women represent over 50% of the attorneys in the "pipeline" of new graduates, the refusal to consider such requests for change has disparately impacted women and minority attorneys. The predictable result has been a dramatic under-representation of women in the partnership ranks and the exodus of women and minorities from the profession altogether.

In recent years, as Generation “X” and “Y” law graduates have entered the workforce in increasing numbers, attrition rates have skyrocketed, as has the corollary cost of recruiting and training new lawyers to replace those who leave in search of greener pastures.

The reason for this phenomenon is simple: the values and traditional lifestyles of those at the top of the legal field contrast starkly with those of recent law graduates, both men and women. Yet, the economic impact of the high associate turnover alone has been insufficient to cause legal employers to re-evaluate the way that things have always been done.

Over the past year, however, the economic impact of their failure to adapt to changing times has been brought home to legal employers, as their long-time corporate clients demand more diverse legal teams reflective of their own organizations. At last, the potential loss of these core clients, combined with the increased costs associated with high attrition rates, has caused many employers to sit up and take notice. Those poised at the upper echelons of the legal field would be well advised to embrace change – and take advantage of the newfound flexibility offered by technologic advancements. Rather than seeking ways in which to avoid complying with clients' demands for diversity, perhaps it is high time to re-evaluate whether the inflexible workplace environment is due for a major overhaul. Your clients will be satisfied, your associate attorneys will be newly content, thus reducing the costs created by high attrition rates, and your profit margins will increase. Turn your clients' request on its head and you might just realize that their demand for diversity doesn't create a new problem, it solves an existing one.

Sunday's term was tenancy at sufferance, which is defined as:

n. a "hold-over" tenancy after a lease has expired but before the landlord has demanded that the tenant quit (vacate) the premises. During a tenancy at sufferance the tenant is bound by the terms of the lease (including payment of rent) which existed before it expired. The only difference between a "tenancy at sufferance" and a "tenancy at will" is that the latter was created by agreement.

Today's term comes to us via Volokh Conspiracy:

It's time for the weekly round up of interesting New York legal news headlines:

Continue reading "The New York Legal News Round Up" »

It's time for the President's Day New York legal news round up of posts from my fellow New York bloggers:

Continue reading "The New York Legal Blog Round Up" »