Last Sunday's term was secured transaction, which is defined as:

n. any loan or credit in which property is pledged as security in the event payment is not made. See also: deed of trust lien mortgage pawn UCC-1 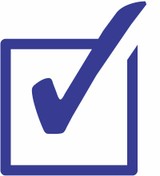 Nearly one year ago I posted about a new  website called The Robing Room, a place where federal "judges are judged."

A few days ago, a commenter was kind enough to advise that a new section of that website has been created specifically for New York State judges, where people can anonymously rate and comment on the judges.

The New York section of the site can be found here.

Thus far, only a few people have rated the various New York judges.  But, if a lot of people jump on the bandwagon, it has the potential to be a very useful resource.

It time for the round up of interesting New York law-related headlines from the past week:

No Pregnancy For You!

This week's Legal Currents column, which is published in The Daily Record, is entitled "No Pregnancy For You!"  The article is set forth in full below, and a pdf of the article can be found here.

My prior articles can be accessed here.

No Pregnancy For You!

A number of years ago, as a young assistant public defender for Monroe County, I appeared in one of the town courts on behalf of a colleague who had a scheduling conflict.

At one point during the docket, a young woman’s case was called. She was charged with Harassment in the Second Degree, based on allegations that she had slapped her boyfriend. Harassment is not a crime, but rather is a violation, much like a speeding ticket.

It quickly became apparent this woman was no stranger to the court. She appeared numerous times before, both as a complainant and a defendant, as a result of domestic disputes with her live-in boyfriend, who on this day appeared in court with her. He indicated they had since reconciled and requested the charges against her be dismissed since they were the result of an unfortunate misunderstanding.

At the time, the courts rarely appointed the public defender’s office to represent individuals charged only with violations, and the court declined to do so in this case. Instead, the judge allowed the defendant to represent herself and agreed to accept the prosecutor’s offer to dispose of the case by granting an adjournment in contemplation of dismissal (ACD), which would result in the dismissal of the charges after six months, as long as all conditions set by the court were met.

The disposition of this case seemed fairly routine — that is, until the judge read the conditions of the ACD. The condition I found most surprising was a requirement that the couple refrain from sleeping in the same bed for the next six months. Although I wasn’t appointed to represent the woman, it required absolute self restraint on my part to avoid leaping from my chair and shouting “You can’t do that! That condition is completely unfair! In fact, it’s downright unconstitutional!”

I was outraged. I had studied constitutional law. Like all lawyers, I read the right to privacy decisions many times over. The U.S. Constitution’s protection of American citizens from governmental interference with fundamental rights was, I thought, a well-settled concept. How could this judge legally impose a condition preventing a grown woman from sleeping in the same bed as her adult boyfriend, within the privacy of her own home?

At the time, I naively assumed that lofty constitutional principles, once established by the Supreme Court, actually would be respected by all lower court judges. I’ve since learned otherwise.

A few judges, but certainly not the majority of them, routinely impose undeniably unconstitutional conditions on defendants appearing before them. These conditions are not appealed for any number of reasons, including fiscal limitations and practical considerations such as the judiciousness of appealing an ACD or a plea to a violation.

However, occasionally, an appeal is filed that challenges judicial decisions alleged to have impacted fundamental rights. Such an appeal is now pending in the Appellate Division, Fourth Department in In re: Bobbijean P., 2004 WL 834480. At issue in the case is the legality of Monroe County Family Court Judge Marilyn O’Connor’s order requiring the appellant, a homeless African-American struggling with drug addiction, to refrain from becoming pregnant “until she has actually obtained custody and care of (her child) Bobbijean P. and every other child of her who is in foster care or has not been adopted or institutionalized.”

Last month, the New York Civil Liberties Union and the National Advocates for Pregnant Women filed an amicus curiae brief on behalf of more than 40 leading medical professionals and child welfare and public health organizations in this case. In their brief, they contend that the order effectively requires the appellant to abstain from sex, use birth control, seek sterilization or, in the event of a pregnancy, obtain an abortion in order to avoid potential jail time for violating the order. In the brief it is alleged in part that the order violates public policy considerations and infringes on the appellant’s fundamental constitutional right to privacy.

I anxiously await the Fourth Department’s decision in this matter. Will the court conclude that the right to procreate without interference from the state is a constitutional guarantee, or simply a guideline that can be altered with the stroke of a pen?

Will the court’s decision take us one step closer to making governmental regulation of procreation as perceived by Margaret Atwood in the novel “The Handmaid’s Tale” a reality? I certainly hope not.

*********
And, a very insightful and disturbing video about the United States Supreme Court and eugenics:

Posted at 10:03 AM in Daily Record--Legal Currents Column | Permalink | Comments (6)

It's the beginning of the work week and time for the weekly round up of interesting posts from my fellow New York blawgers:

In People v Dean, 2007 NY Slip Op 02789, the New York Court of Appeals considered the defendant's allegation that his consecutive sentences should have run concurrently.  The defendant was charged under two separate indictments and plead guilty to three counts of possessing a sexual performance by a child in full satisfaction of both indictments with an agreed upon sentence of three terms of 1 to 3 years, to run consecutively.

At the time of his plea, the Prosecution failed to include the date and time of each of the allegedly separate acts of downloading the digital images set forth in the indictment, nor did the People include such facts in his plea allocution.

The defendant alleged that that the consecutive sentences were illegal, because the court did not have sufficient facts before it to support a determination that he took possession of each of the digital images at  separate times.

The Court agreed that the trial court was without authority to impose consecutive sentences:

A trial court may impose consecutive sentences when "the facts demonstrate that the defendant's acts underlying the crimes are separate and distinct" (People v Ramirez, 89 NY2d 444, 451 [1996]; see Penal Law § 70.25). In ascertaining the existence of such facts, "where defendant has pleaded guilty to one or more counts alleged in the indictment, [the People] may rely on the allegations of those counts as well as the facts adduced at the allocution" (People v Laureano, 87 NY2d 640, 644 [1996]).

Thursday's term was lesser included offense, which is defined as:

n. in criminal law, a crime which is proved by the same facts as a more serious crime. Example: Ignatz "Itchy" Fingers is charged with armed robbery, but the prosecution fails to prove Itchy used his pistol since the victims do not recall the gun, but does prove he took the jewels. Thus, he is convicted of larceny, which is a lesser form of theft and he will receive a lighter sentence. A common example is the so-called "wet reckless," which is the crime of driving recklessly after some drinking, but not necessarily while drunk. In plea bargains for first offenders in close cases the driver may plead guilty or "no contest" to this lesser-included offense instead of drunk driving, which carries a more severe penalty, including jail time. See also: plea bargain.

I'm quite pleased and just a wee bit surprised to note that on Wednesday, my humble blog surpassed 100,000 hits.  When I started this blog in November of 2005, I had no idea that so many people would actually be interested in reading it.

Thanks so much to all of you for your continued readership and participation.  And thanks to my fellow bloggers for their continued collaboration.

In Broggy v Rockefeller Group, Inc. 2007 NY Slip Op 05775, the plaintiff was employed as a window washer and was injured while located inside of a commercial building when he was washing the interior side of the building's windows.  He was standing on a desk located in the room, and then stepped onto the windowsill, at which point he fell onto the floor.

The plaintiff brought suit pursuant to Labor Law 200, 202, 240 (1) and § 241 (6) alleging that he was injured "when he fell from the window sill which was being used as an elevated platform or scaffold from which to perform commercial window cleaning."

In reaching its decision, the Court first noted that window cleaning at a commercial facility is a specifically enumerated activity covered by Labor Law 240(1), even if occurring at a non-construction site.

The Court concluded that the plaintiffs failed to establish that an elevation-related risk was encountered by the plaintiff and offered instructive language regarding the types of cleaning specifically covered by  Labor Law 240(1):

The burden of showing that an elevation-related risk exists, and that the owner or contractor did not provide adequate safety devices falls upon the plaintiff. Here, plaintiffs did not fulfill this burden. Plaintiff did not testify how high he could reach with his wand and squeegee while standing on the floor. He asserted that he had to stand on the desk, but provided no evidence to show that this was because he was required to work at an elevation to clean the interior of the windows. The desk may have been in plaintiff's way, or it may have been easier for him to reach the top of the windows while standing on the desk, or it may have been quicker for him to climb on the desk than to seek further assistance to move it. To recover under section 240 (1), however, plaintiff must establish that he stood on the desk because he was obliged to work at an elevation to wash the interior of the windows. Moreover, summary judgment in favor of defendants is proper because the evidence in this record demonstrates as a matter of law that plaintiff did not here need protection from the effects of gravity. Prior to his accident, plaintiff had cleaned the interior of eight other windows of exactly the same height as those in room 810, and the record does not show that he needed a ladder or other protective device. The only "tools" that he testified to having used were a wand, a squeegee and a bottle of soap.

Sunday's term was dictum, which is defined as:

n. Latin for "remark," a comment by a judge in a decision or ruling which is not required to reach the decision, but may state a related legal principle as the judge understands it. While it may be cited in legal argument, it does not have the full force of a precedent (previous court decisions or interpretations) since the comment was not part of the legal basis for judgment. The standard counter argument is: "it is only dictum (or dicta)." See also: dicta obiter dicta.

Both Edward Wiest and David Gottlieb got it right.  David gets extra points for creativity.