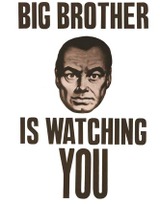 In the past I've discussed  New York City's plans to build a "ring of steel" in the form of hundreds, if not thousands of security cameras, around Lower Manhattan.  In spite of financial setbacks last summer resulting from a 40% cut in a Homeland security grant, it now appears that the plan may now be moving ahead.

Last week, in a New York Times article, the security plan to be implemented was described as follows:


Mr. Kelly said last week that the department had since obtained $25 million toward the estimated $90 million cost of the plan. Fifteen million dollars came from the city, he said, while another $10 million came from Homeland Security grants, more than enough to install 116 license plate readers in fixed and mobile locations, including cars and helicopters, in the coming months...

The license plate readers would check the plates’ numbers and send out alerts if suspect vehicles were detected. The city is already seeking state approval to charge drivers a fee to enter Manhattan below 86th Street, which would require the use of license plate readers. If the plan is approved, the police will most likely collect information from those readers too, Mr. Kelly said.

But the downtown security plan involves much more than keeping track of license plates. Three thousand surveillance cameras would be installed below Canal Street by the end of 2008, about two-thirds of them owned by downtown companies. Some of those are already in place. Pivoting gates would be installed at critical intersections; they would swing out to block traffic or a suspect car at the push of a button.

Unlike the 250 or so cameras the police have already placed in high-crime areas throughout the city, which capture moving images that have to be downloaded, the security initiative cameras would transmit live information instantly...

The Police Department is still considering whether to use face-recognition technology, an inexact science that matches images against those in an electronic database, or biohazard detectors in its Lower Manhattan network, Mr. Browne said.

Ah yes, I feel safer already.  So what if that feeling is illusory, as evidenced by the fact that the ridiculous number of surveillance cameras in London did nothing to prevent the subway bombings or the recent terrorist attacks?  Even if the cameras don't protect us in the all-important-reality that we actually live in, at least we feel better about it, right?

And damned if the cameras don't help us to catch the bad guys after the fact!  We may not be able to prevent a future attack, but at least we can locate the the bad guys that caused it!   And then, we can fry 'em to boot!

Take a deep cleansing breath.  Do you smell that?  No, no, not the smell of the bad guy's burning flesh.  The other smell.  You smell it now?  The sweet, sweet smell of vindication.  Vindication to the tune of 25 million dollars or more.

Hey, it's a lotta cash, but, it's the price we've got to pay to ensure that we'll never, ever die, no matter what.  Or, at least if we do die in Lower Manhatten, rest assured it will be caught on tape, in real time, as it happens.

I sure feel better now, don't you?